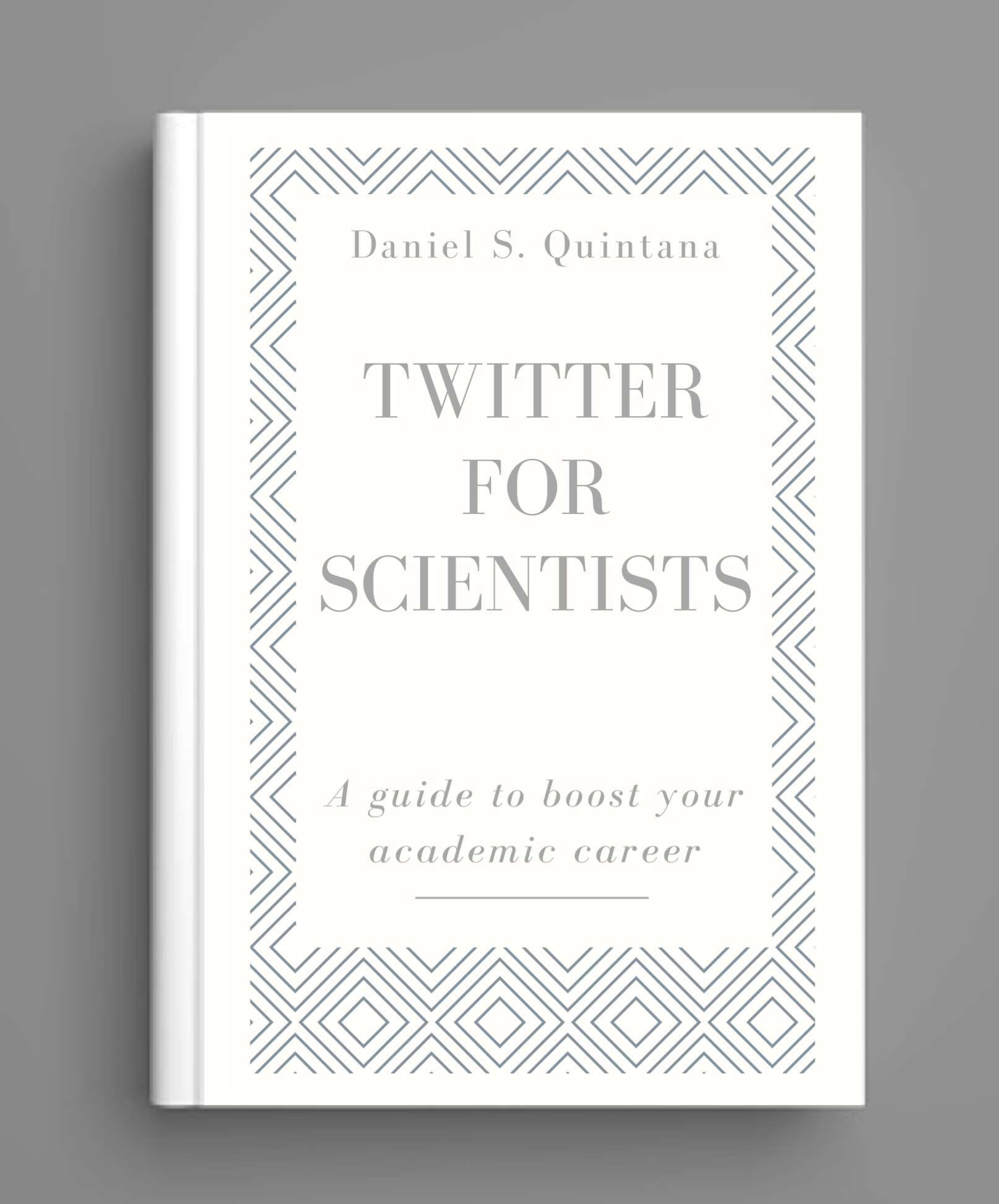 There are four ways to get your research known, but only only one of these is an option for every early career researcher:

I believe that Twitter can provide extraordinary opportunities for scientists, regardless of their seniority, mentors, or institution. By actively contributing to Twitter, I’ve kept up-to-date with emerging methods, several doors have opened for research collaborations, and I’ve been introduced to a supportive community of like-minded scientists. Most important, I’ve received valuable feedback on my work and been able to share my research to people that would have not otherwise seen it. In fact, if it wasn’t for Twitter I don’t think I’d still be in academia.

I often give talks on Twitter because I’ve seen how much it can give early career scientists a leg-up in their careers. However, I’ve found that these talks are better suited for explaining why scientists should get involved with social media, rather than how to do it. So that I can focus more on the why during these talks, I’ve wanted to refer audiences to resources on how to use Twitter. However, I haven’t been able to find any single source that includes all the important information that I think scientists on Twitter need to know.

So that’s why I’ve written this book.

A few comments about this book before we begin

This book will walk you through the ins and outs of using Twitter, covering three levels: Beginner, Intermediate, and Advanced. Unless specified otherwise, I use the Twitter desktop browser website in my examples and instructions. There are a few small differences between using Twitter on your desktop browser and using Twitter’s smartphone apps. However, these apps are similar enough for the instructions in this book to be transferable.

It’s also worth noting that while I’ve tried to make this guide applicable to research scientists across all fields, its written from my perspective as a scientist in the psychological and biomedical sciences, which means some of the examples I use and norms I mention might not be relevant for everyone. Use your best judgement and feel free to pick and choose from the examples I use and the advice given.

Twitter is a platform in flux. It didn’t begin with retweets or images, let alone threads and GIFs, so some of the examples in this book may not be relevant in the future. New features are constantly tested in smaller worldwide markets. As I’m writing this, a separate ephemeral timeline, in which tweets disappear after 24 hours, has just been launched in Brazil as a test. This feature might be removed after a few weeks of testing, or could be available for everyone in the coming months.

While it’s difficult to predict what Twitter will look like in the future, the broad principles of the platform should remain similar. I will do my best to update this book in the future, in response to Twitter’s updates and any changes in norms regarding how scientists use Twitter.

I’m a research scientist at the University of Oslo, in the area of biological psychology. I was awarded my PhD in Psychology in 2013 at the University of Sydney. I now investigate how the hormone oxytocin influences how we think and feel. I’m also interested in cardiac psychophysiology and meta-science, which is the science of scientific practice. Find out more about my research on my website. As this is a book about Twitter, you will not be surprised to read that I tweet a fair bit.

I’m the co-host and producer of Everything Hertz, which is a podcast about methodology and scientific life in the biobehavioral sciences. We talk a lot about Twitter on this show, and its role in scientific practice. Many of our episode topics are also inspired by discussions on Twitter. You can also find me on YouTube, Facebook, Instagram, TikTok, and my blog.

I live on an island in the Oslo fjord with my wife and two daughters.

How to cite this book

The online version of this book is licensed under the Creative Commons Attribution-NonCommercial-ShareAlike 4.0 International License. I am not affiliated with Twitter and all views in this book are mine only (unless it’s a tweet authored by someone else).